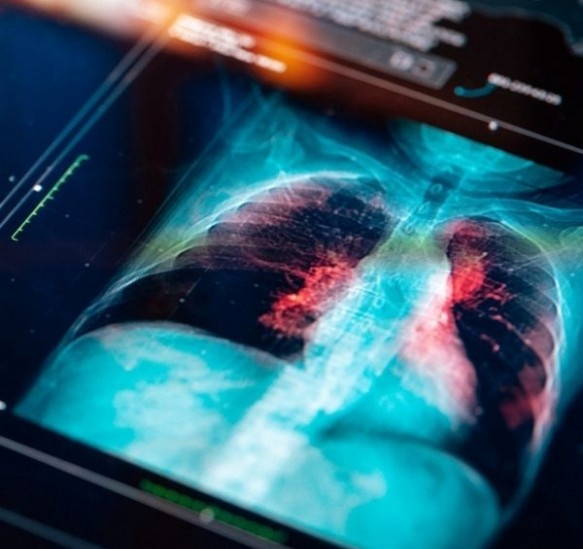 Did you know that the 2nd most common cancer responsible for death in men, after prostate cancer, is lung cancer? In women, it is breast cancer that takes first place. Lung cancer comes in third place, just after colorectal cancer. Not only can CBD be used in chemotherapy or radiotherapy, to come and mitigate the side effects and relieve the symptoms but in addition to this, it has been shown through in vitro studies, that cannabinoids may have the ability to inhibit the growth of cancer cells involved in the development of lung cancer. What are the different types of lung cancers that are commonly suffered and by what mechanisms may cannabidiol be of interest to people suffering from them?

The different types of lung cancer It should be noted that there are two main groups of lung cancer. The first is small cell lung cancers (SCLCs), which are closely linked to smoking. They alone account for 15% of lung cancer cases. It is an aggressive tumour that grows very rapidly and forms early metastases in other organs. Then non-small cell lung cancers (NSCLC) fall into the second category. They are the most common form as they account for almost 9 out of 10 cases, or more than 80% of the population but are also the least aggressive. In this form of cancer, because the tumour is made up of larger cells, it usually grows only slowly and in a limited area of the lung. This means that metastasis is less rapid, allowing the tumour to be removed at an early stage. NSCLC includes:

Not surprisingly, it is smoking that is a leading cause of lung cancer. Of all lung cancer patients, only 15% are non-smokers. Nevertheless, tobacco is not the only one involved as there are other carcinogenic materials, such as radioactive substances or even asbestos dust, which can damage the cells of our lung tissue, thus causing tumours to form. Apart from this, lung scars resulting from inflammation or injury can also increase the risk of lung cancer, as can hereditary predisposition.

In the early stages of the disease, people with lung cancer often experience no symptoms. Warning signs would be shortness of breath, increased fatigue, chest pain, chronic cough (called smoker's cough) etc. In a more advanced stage, affected individuals may experience sudden and severe weight loss and frequent sputum discharge, sometimes containing blood. Other symptoms may then be added to this, such as breathing difficulties, fever or night sweats etc.

The different stages of lung cancer

To assess and list tumours in non-small cell lung cancer, the TNM classification is used. The letter T for tumour should correspond to the size of the tumour and its extent, the letter N for node should indicate whether the lymph nodes are infected and finally the letter M for metastasis should describe whether the tumour has metastasised or not. It is on the basis of this classification highlighting the different stages of the disease that doctors can plan the care treatment as well as the follow-up of the patient. It also provides a benchmark to see how the cancer in question is progressing, while estimating the chances of cure.

The impact of cannabinoids on cancer cell growth: what the studies say

Researchers at Rangsit University in Thailand, in a 2019 study conducted through a mouse model, demonstrated that the cannabinoids of THC (tetrahydrocannabinol), CBD (cannabidiol) and CBN (cannabinol) had the ability to inhibit the growth of bronchial carcinoma. According to the researchers, the anti-cancer properties are mainly due to the combination of THC and CBN.

With very promising preliminary study results, the scientists are planning real clinical tests, announcing at the same time that the medical research institute of the university in question was already thinking about a new manufacturing method that would allow them to extract from the cannabis plant, the pure cannabinoid compounds in order to use them as is in the development of a new treatment.

Israeli researchers have since confirmed that the combination of several individual cannabinoids does appear to play a role in inhibiting the growth of lung cancer, through an in vitro study. The experiment looked at the effects of twelve different cannabinoid combinations on twelve different cancer cell lines. They concluded that combinations with a high THC content had a significant cytotoxic effect on the affected cells.

However, Italian researchers came to a different conclusion that CBD was the most potent cancer cell growth inhibitor. Their in vitro study involved examining the antitumour activities of the cannabinoids CBD, CBG (cannabigerol), CBC (cannabichrome) and CBDA (cannabidiol acid) as well as THCA (THC acid), on several tumour cell lines.

CBD and the treatment of lung cancer 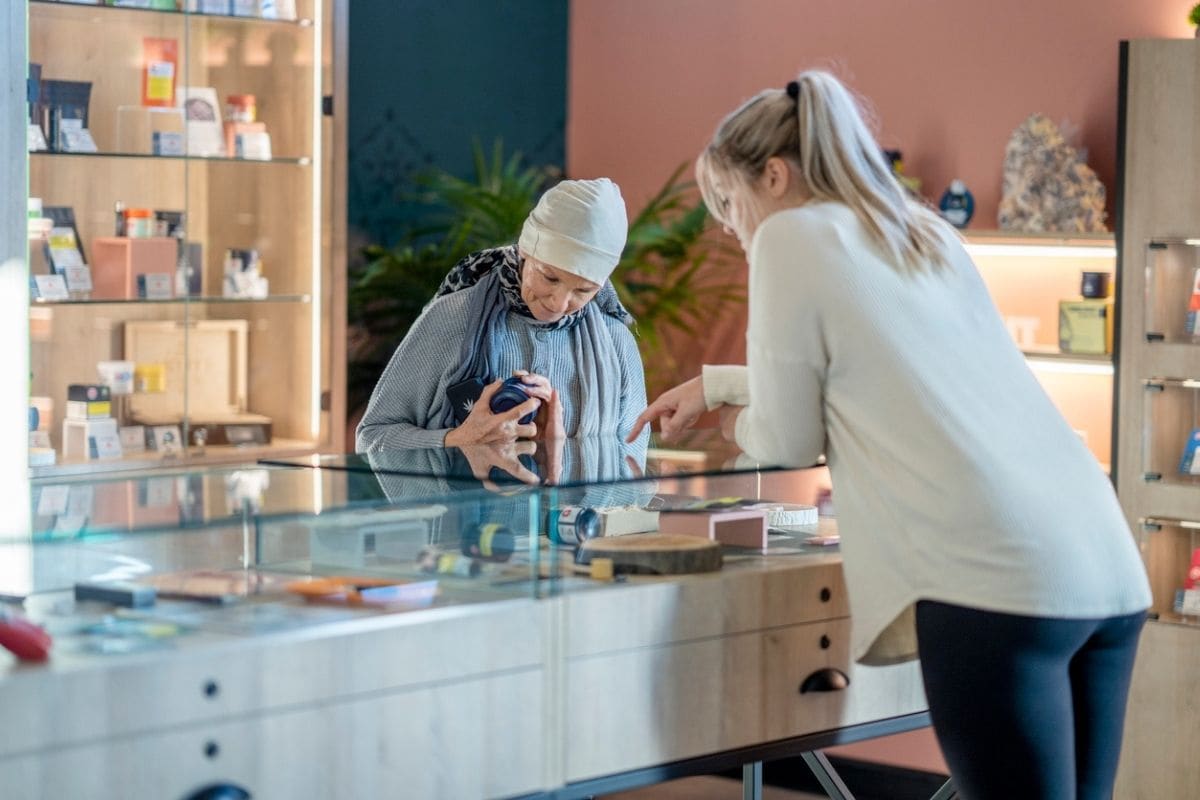 Each as taxing as the other, radiotherapy and chemotherapy are heavy burdens to bear for cancer patients of any kind. Painful and wearing both physically and psychologically, these are processes that not everyone is able to bear. This is where CBD comes in handy as it can be used to reduce the harmful side effects and thus improve the quality of life of patients undergoing treatment. The cannabinoids in CBD oil can interact with the signalling pathways of cells in the human body, including those that are cancerous.

No studies exist to date to reliably prove that inhaling medical cannabis damages already diseased lungs. To counter this and because of the uncertainty, lung cancer patients can get ready-to-use medicines or even oil solutions directly on prescription. They can then use them without fear and enjoy the benefits of cannabinoids.

CBD flowers that we recommend for relaxation
The content of our website is for information purposes only. It is not intended to provide medical advice. We recommend that you seek the advice of a medical specialist before consuming any CBD product featured on our website.
Newsletter
Subscribe to our newsletter to receive our tips and advice on CBD
Subscription