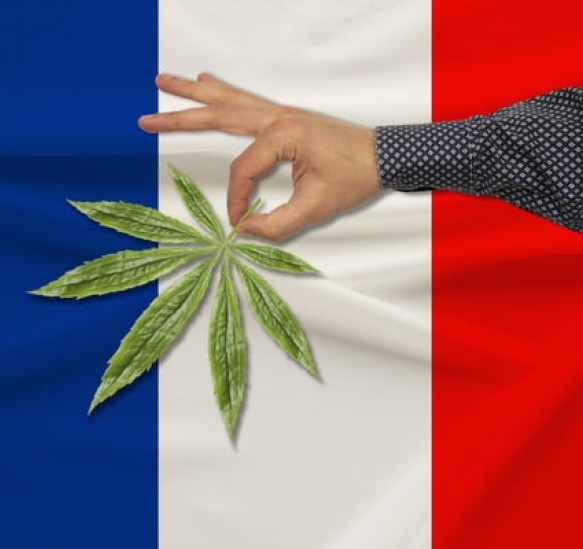 While the Constitutional Council had caused an uproar within the hemp industry by validating the decree of 30 December 2021, which bans the sale of raw CBD flowers to the general public, the Council of State has just announced that it will suspend this ban, on 24 January 2022, on a temporary basis. For the French court, "it does not appear that the flowers and leaves of cannabis sativa L., with a THC content of less than 0.3%, present a degree of harm to health that would justify such a total and absolute ban".

This is a first victory for the French CBD industry, which had referred the matter to the highest administrative court in order to obtain an emergency suspension of the order issued by the government on the eve of the new year 2022. In its decision made official on Monday 24 January, the Council of State suspended the document. The latter prohibited the sale of hemp flowers and leaves containing cannabidiol, a non-psychotropic component of the cannabis plant.

The president of the hemp trade union, Aurélien Delecroix, said that this was a great blow to them, explaining that the entire industry was in trouble. "The horizon is clearing but everything remains to be done," he added.

For Xavier Pizarro, the lawyer for the Union of CBD Professionals, the decision of the Council of State shows a good command of European law, unlike the government, which, for its part, has the will to make a political move.

Moreover, in its press release, the Council of State considers that "there is a serious doubt about the legality of this general and absolute prohibition measure because of its disproportionate nature". This official decision follows the hearing of 14 January and also condemns the State to pay a fine of €1,000 to the professionals of the sector who had filed a summary judgment on 3 January 2022.

Finally, the interim relief judge also wished to respond to the difficulty of distinguishing these plants from illegal cannabis flowers, put forward by the authorities: "(...) it has not been demonstrated that it would be impossible to control this content for flowers and leaves, even though the means of control are detailed, for the whole plant, in the annex to the order.

Although this decision is not final, it does give hope to traders who have seen their turnover fall since the order was published.