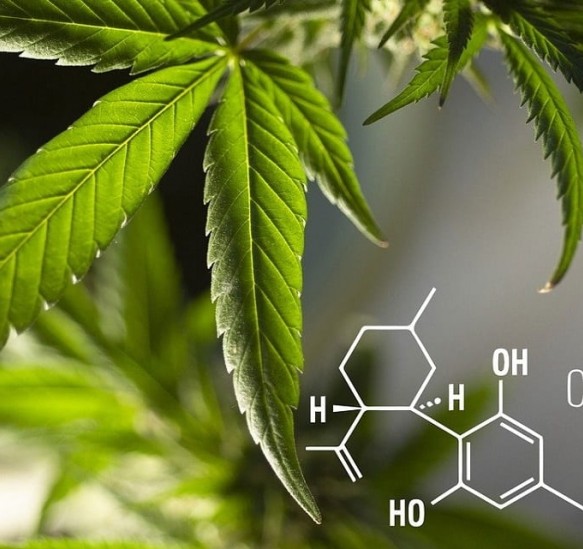 Nowadays, more and more people are opting for alternative and natural medicine techniques to relieve certain chronic diseases. This type of treatment is to be taken in addition to medication and helps to reduce some of the troublesome symptoms. Among the alternative medicine treatments are cannabinoid cures.

Cannabinoids, extracted from cannabidiol or cannabis, are a substance that can be used to relieve the symptoms of scleroderma. Generally, CBD is more commonly used since it is legal in France since it has no psychoactive effects. Find out everything you need to know about the use of cannabinoids in people with scleroderma.

What is scleroderma and how is it treated

Scleroderma is an autoimmune disease that affects the tissue that separates cells, the connective tissue, and causes collagen to build up in it. Collagen is a protein that is naturally present in the body, it helps to give different tissues great resistance to stretching. The accumulation of this protein can cause discolouration and hardening of the skin making certain movements impossible. In addition to affecting the skin, this disease can even reach vessels and certain organs in generalised forms.

To date, the pathophysiology of scleroderma is still very poorly understood. It is estimated that the disease affects about 8,000 patients in France, but the figures are not accurate due to a delay in diagnosis.

What are the treatments for scleroderma?

Treatments for scleroderma are mostly symptomatic, meaning that only the symptoms caused by the condition are treated. For example, anti-inflammatory drugs are prescribed for joint damage, special skin care for skin damage, etc.

There are also immune-modulating background treatments that help to slow the development of the disease. These can be conventional chemical treatments, biomedicines, and even cell therapy. Some treatments are in development.

What are cannabinoids and where can you find them?

Cannabinoids refer to the various chemicals that are produced by the plant named Cannabis sativa. In effect, these are compounds that are bound to the cannabinoid receptors in the human brain and other organs regardless of their origin.

The endocannabinoid system is a network of receptors that are distributed in different parts of the body (immune system, central and peripheral nervous system, brain). There are two types of receptors: CB1 and CB2. Their main role is to maintain the body's balance and homeostasis.

The human body is capable of producing cannabinoids and these are therefore of endogenous origin. The phytocannabinoids are substances derived from plants. The cannabidiol is the main source of plant-derived cannabinoids. This is because this substance is not psychoactive due to its low THC content.

The use of cannabinoids to relieve scleroderma It should be noted that the skin has all the elements and receptors of the endocannabinoid system. This maintains skin regulation, epidermal growth, cell survival, transmission of sensory stimuli as well as lipid synthesis.

Using cannabinoids to alleviate skin conditions such as scleroderma is one of the recent areas of research in the dermatological field. There is no data to suggest that it is an effective treatment for superficial or cutaneous scleroderma.

However, CBD, which is one of the most widely used cannabinoids in alternative medicine, can relieve the inflammation that is the most troublesome symptom of scleroderma. Inflammation is reduced, but does not disappear completely. In addition, CBD can relieve pain in the case of joint damage.

In what form should CBD be used to relieve the symptoms of scleroderma?

In order to relieve the symptoms of scleroderma, you have several choices when it comes to using CBD, which is the primary source of the plant cannabinoid.

In fact, if you have a skin inflammation such as a digital ulcer for example, it is possible to use CBD oil topically. This can be applied directly to your skin or mixed with a moisturiser for example.

In order to relieve widespread pain and inflammation, CBD oil can be ingested. The best way to have a quick absorption is to put a few drops under your tongue (sublingual route) and roll them around until fully absorbed.

There are also CBD-based supplements in the form of fruit bars and capsules. In this form, dosages are better controlled.

What dose of CBD to use for scleroderma relief

There is no ideal dose of CBD. It will depend on several factors, including weight, severity of symptoms as well as metabolism. Indeed, some people metabolise CBD faster than others and they will need lower doses in order for the effects to be felt.

If you are not used to the substance, it is best to start with micro doses and increase gradually to give your body time to adapt. For example, you can start with 10 mg of CBD per day and then gradually increase to 50 mg. If you don't notice any improvement, you can increase to 100 mg per day. If you are using oil, ask about the dosage of the oil and make sure you use a dropper so you don't exceed your daily dose. The mode of consumption also plays an important role on the dosage. Ingestion requires passage through the digestive tract and breakdown by stomach and liver enzymes before it can enter the bloodstream. If you opt for this method, daily doses will be higher.

Cautions to take before using CBD for scleroderma

It is worth pointing out that cannabinoids in general do not represent a cure for scleroderma. In fact, no studies have been done on the possibility of treating this condition with CBD. It is only a means of relieving the symptoms caused by this disease. It also does not represent a preventive treatment against scleroderma.

Also, never take CBD, in any form, without talking to your doctor. This substance could interfere with your treatment and cause adverse effects. Even if you have the green light from your doctor, do not abandon your medication. Regarding the dose, it is advisable to seek the advice of a health professional and never exceed the doses recommended for your case.

Finally, pregnant or breastfeeding women should avoid the consumption of CBD and cannabinoids. This is because there is insufficient research to say that this compound is safe for the baby and the mother.