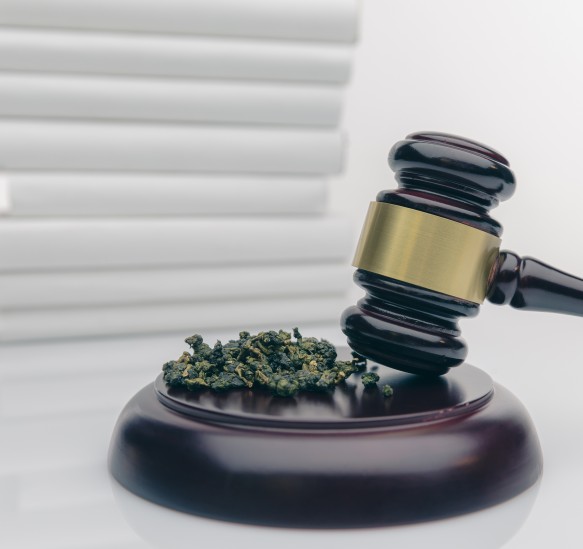 After the European Court of Justice rejected France's draft decree to regulate the use of all parts of the hemp plant in the Kanavape decision, France has now presented it to the European Commission and the ban on the French flower will not take place.

The French CBD industry will finally be able to breathe

The draft decree in question aimed to authorise industrial activities using all parts of the hemp plant, but the sale to consumers of raw flowers or leaves in all their forms, whether alone or mixed with other ingredients (smoking mix, infusions or rotten pots), as well as their possession by consumers and, finally, their consumption would remain prohibited.

It was open for comments until 21 October, and received comments from various stakeholders such as NORML France, Swiss Medical Cannabis, the Union des Professionnels du CBD and the Syndicat Professionnel du Chanvre but Hungary is the only Member State to have sent its observations. All this information allowed the European Commission to decide and to give its verdict on the French hemp and CBD regulation proposal on 12 November.

What does the European Commission's decision reveal?

The Commission has insisted on revisiting several points in the draft French decree on CBD, such as:

It is also recalled that the French authorities are obliged to publicly communicate the final adopted text to the Commission.

In the current context and in view of the remarks made by the European Commission as well as the QPC - currently pending before the Council of State - France would be taking a big risk by not taking into account the Commission's opinion, although the latter is not imperative.

As a result, the ban on the flower in France will not be initiated by the MIDELCA's draft decree, based on French drug law. France must therefore change its approach.

A business that can thrive...

The feedback from the Commission and Hungary is disappointing on many levels, according to Benjamin Jeanroy, founder of Augur Associates. First of all, this means that the French actors representing the hemp industry have not been able to mobilise the relevant ecosystems in the other member states, which have not lobbied their governments to motivate comments on the sale of hemp flower, but on top of that, the project is now under attack for one of its key positions, namely the THC content of finished products...

In the end, France is still a CBD import market for raw flowers but does not yet allow the cultivation of hemp for its flowers, while knowing that the conservatory ruling of 15 June 2021 as well as the Kanavape ruling protect against possible confiscatory measures.

According to experts, the ban on the flower is not expected to see the light of day before the end of Emmanuel Macron's term.