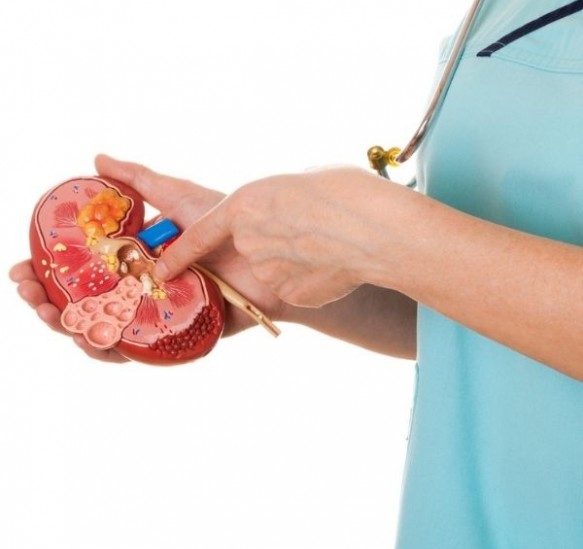 If you have ever experienced a violent pain reminiscent of a stabbing pain radiating from your back, to your groin or stomach, you have probably suffered from renal colic. Renal lithiasis is due to the presence of "stones" in the kidneys, corresponding to crystals composed of substances normally dissolved in the urine. Formerly called "kidney stones", kidney stones were a subject that was not really mastered from a scientific point of view. It was not clear where they came from and so it was quite difficult to treat them, let alone prevent them.

Nowadays, 10% of men and 5% of women are confronted with it during their lives, in France. The advances that have taken place in this field have made it possible to better identify the problem and to provide effective solutions, both in terms of prevention and treatment. The risk of recurrence is significant for people who have already experienced an episode of kidney stones, which is why it is essential to take precautions in order to anticipate a possible recurrence and, above all, to avoid it.

Definition and functioning of kidney stones 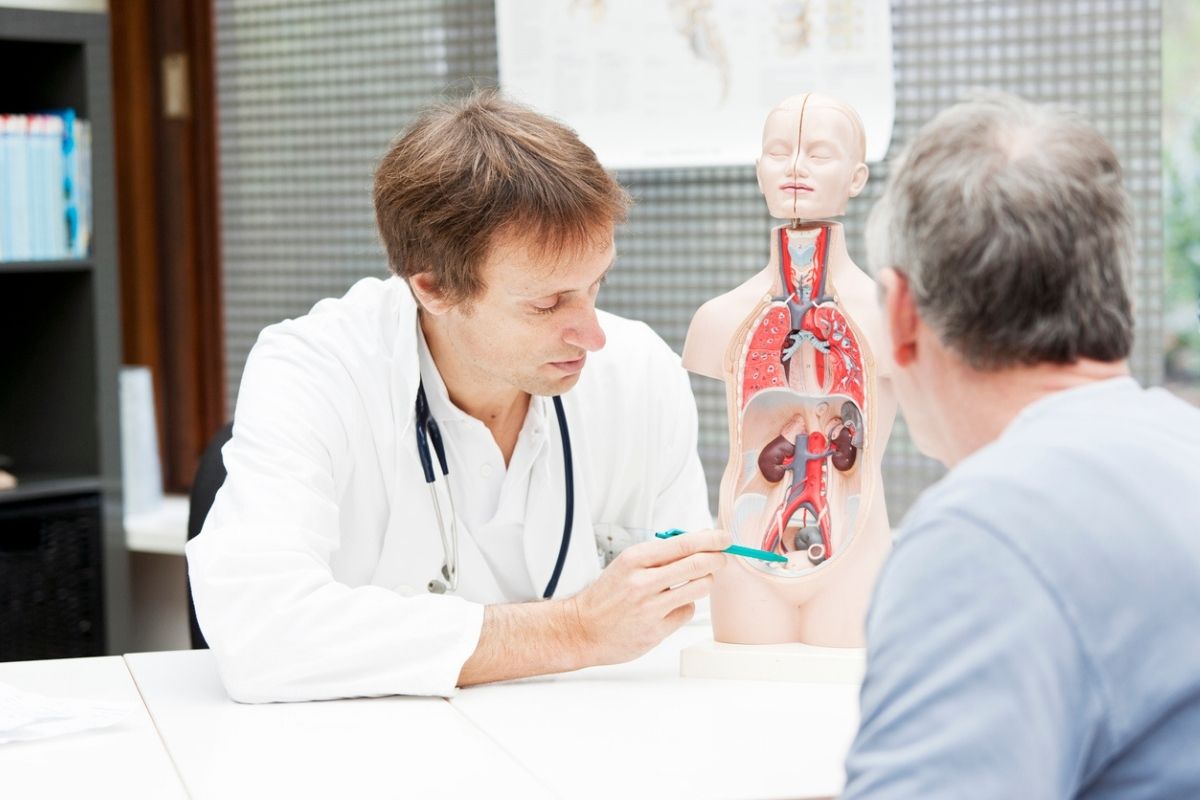 Did you know that kidney stones are considered the "disease of the professional ascendant"? Indeed, renal colic, which in most cases remains benign - apart from the acute pain generated - is associated with an unbalanced lifestyle in two thirds of cases. For this reason, the occurrence of stones is all too often trivialised and downplayed, wrongly so, because it testifies to a real imbalance, generally indicative of a disorder that affects the body as a whole. It is therefore necessary to be alerted at the first signs and to properly identify the causes in order to avoid recurrences.

The formation of stones in the urinary tract from soluble salts is due to a phenomenon of crystallisation, based on the same concept as that seen in salt marshes, in which sodium chloride crystals are recovered after seawater has evaporated. Here, when the concentration of soluble salts exceeds a certain "crystallisation threshold", solid crystals begin to develop.

The first stage of this stone formation process is called nucleation. During "lithogenesis", the crystals thus formed then continue to grow and eventually become detectable stones. Then it is the migration of the stone in the ureter - urinary conduit which allows the urine contained in the basin of the kidney to arrive at the bladder - which will cause the appearance of sharp pains then felt at the time of an attack of renal colic. Upstream, a dilation of the excretory tracts of the kidneys in response to the blockage of the urinary flow by the stone takes place.

In 80% of cases, kidney stones are calcium in nature while only 10-20% are due to "struvite" which forms phospho-ammonia-magnesia stones as a result of infection of the urinary tract by ammonia-producing germs. The production of his stones is promoted by basification of the urine as well as high excretion of magnesium. In reality, everything is a question of balance within our body and in this particular case, between pro-lithogenic constituents, promoting crystallisation and anti-lithogens, which act as protectors by opposing it.

It should be noted that, in 10% of cases, uric acid stones are the result of acquired diseases such as primary hyperparathyroidism, which is common as one advances in age, type 2 diabetes, which causes urinary hyperactivity or sarcoidosis, which leads to disturbances in calcium metabolism, for example.

Urinary stones can also result from certain conditions such as urinary or intestinal infections and congenital uropathies (malformations of the urinary tract).

In only 5% of cases are stones caused by genetic diseases and 1% are caused by digestive diseases, such as Crohn's disease (CD) and hemorrhagic rectocolitis or by taking certain medications.

Finally, vitamin deficiencies or excesses account for 3% of cases of kidney stones. This is particularly the case with excess vitamin C and D intake or vitamin B12 deficiency.

It may sound simplistic but drinking water remains the easiest and least toxic measure to prevent new stones from forming. Diluting the substances present in the urine and responsible for the formation of stones, such as calcium oxalate, is an effective gesture to adopt urgently! However, be careful not to drink too much at once to avoid the risk of hyponatremia. Fluid intake should be spread out over the whole day so that you can urinate frequently, without waiting until you feel thirsty. You can tell if you are drinking enough by the colour of your urine, which should range from pale yellow to colourless. Also remember to drink a large glass of water before you go to bed as we usually dehydrate a lot during the night.

Nutrition: the mainstay of a healthy, functioning body 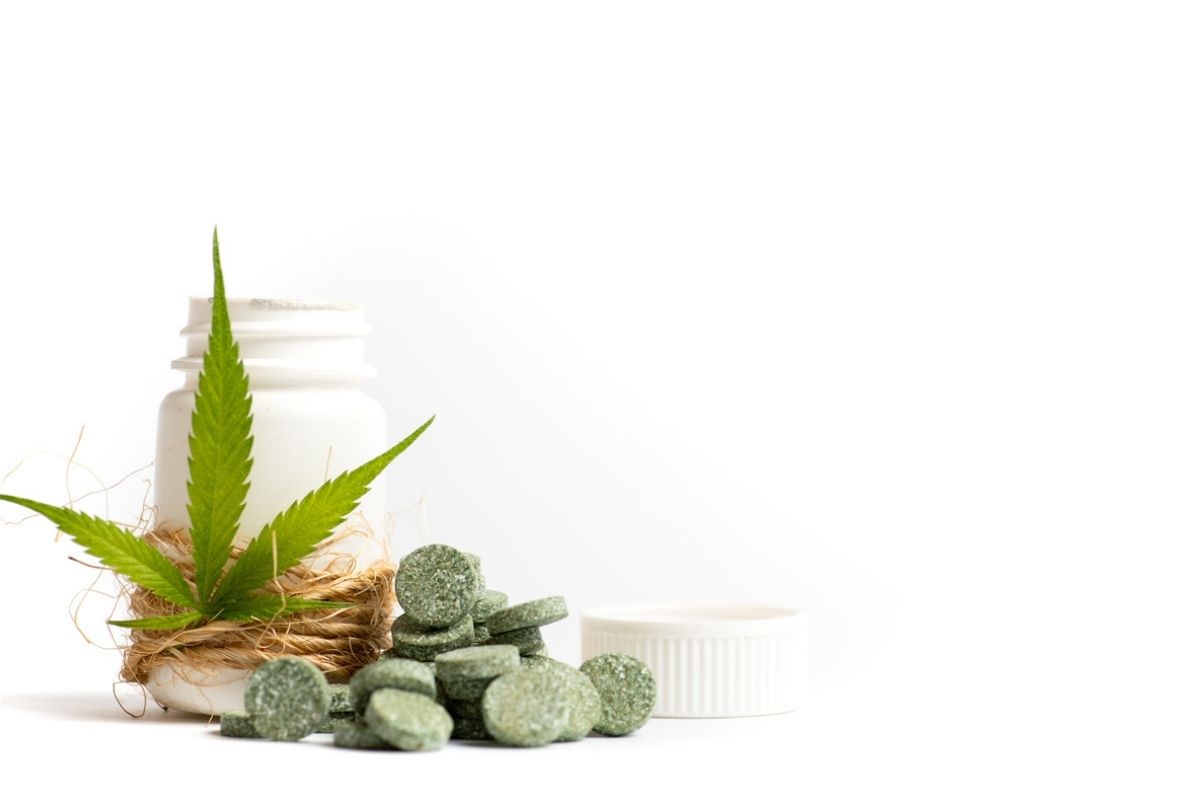 90% of kidney stones are composed of calcium, these are calcium stones. It was long believed that a low calcium diet was sufficient to prevent recurrence but the opposite was finally observed via population studies. It was found that increasing the oxalate level in a calcium-depleted diet actually increased the recurrence rate tenfold. However, the aim is not to increase calcium intake too much either. In fact, one should simply not consume too much or too little, bearing in mind that apart from calcium, other nutritional factors such as salt, fast sugars and protein also tend to raise calciuria. In practice, an amount of 150 grams per day is sufficient.

By binding to the oxalate present inside the gut, magnesium has the ability to decrease its absorption and thus reduce its presence in the urine. In addition to this, magnesium may according to some studies slow down the crystallisation process by increasing the solubility of calcium in the urine. Magnesium is therefore extremely beneficial when administered with potassium citrate.

Rich in antioxidants, pomegranate has a protective effect on the kidneys as it reduces the deposition of crystals inside the tubes. Pomegranate juice also decreases the acidity of urine and its phytochemicals encourage muscular relaxation of the urinary tract and thus facilitate stone removal.

To prevent calcium stones, it is best to avoid eating the foods that are richest in oxalate such as cocoa, chocolate, tea, rhubarb, cooked beets, almonds, walnuts and hazelnuts as well as raw spinach and cranberry. Regarding uric acid stones, one should stay away from foods such as offal, shellfish and fatty fish, cold cuts or even juices and any meat extract, as for the meats themselves as well as any source of protein are to be consumed in moderation.

Reputed for its therapeutic and pain-relieving properties, CBD can be a great ally in combating the varied and unpredictable pain associated with kidney stones, in varying degrees of intensity. Several studies suggest that cannabidiol contributes to the reduction of kidney stones while helping to lessen the severity of immediate clinical symptoms. Furthermore, renal health is thought to be improved by stimulation of CB1 and CB2 receptors of the endocannabinoid system (the ECS).

CBD, which is by no means a drug, is a safe and well-tolerated supplement. It will undoubtedly be able to relieve the most severe manifestations of kidney stones due to its analgesic, analgesic and anti-inflammatory effects. Ask your doctor to add it to your urinary stone prevention protocol and choose a high-quality product.

CBD flowers that we recommend for relaxation
The content of our website is for information purposes only. It is not intended to provide medical advice. We recommend that you seek the advice of a medical specialist before consuming any CBD product featured on our website.
Newsletter
Subscribe to our newsletter to receive our tips and advice on CBD
Subscription