> Blog > Effects of CBD > Coryza in cats: can CBD be effective? Coryza in cats: can CBD be effective?

From its scientific name Feline Viral Rhinotracheitis", coryza is a gene recently found in cats. Being highly contagious, this disease spreads rapidly through the feline population. It is estimated to be seen much more in cats used to going outside when they are not vaccinated. What is the effect of CBD on cat coryza? We will discuss this topic further in the remainder of this essay.

What is Cat Coryza?

The coryza disease commonly seen in cats does not present itself as a single virus. Quite the opposite, it is considered the result of a combination of bacteria or viral strains that cause several different symptoms. In particular, it is a highly contagious disease that presents itself as the flu. In most cases, it causes compilations and even the death of the cat. The first virus that makes it up infects the respiratory tract and nose. It is a very violent virus that can be fatal when the cat is weak.

The second virus causes signs of fatigue and fever. Similarly, it causes ulcers seen in the mouth and also discharge from the nose and eyes. Although harmless, the third one still adds to the cat's dejection. This will make it much more vulnerable. In this way, the immune system of this animal will be vulnerable and will favour the contamination of several other bacteria. These, in turn, can cause fleas to appear in the corners of the eyes and nose.

Also, coryza is a dangerous disease for kittens. The same is true for all animals with a reduced unit, especially for cats with feline AIDS. Indeed, it is spread by a simple sneeze. That's why it's strongly recommended to isolate each cat that carries this disease as much as possible. Coryza disease can also remain latent in cats. It can heal on its own and reappear when your pet is under considerable stress. It can be transmitted through clothing or shoes that have already been contaminated. That's why it's vitally important to vaccinate cats living indoors to alleviate coryza disease.

Correcting the disease is not only important, but it's also important for your pet's health.

To finish with the definition of coryza, it should be noted that this disease is a combination of virus and battery. Even with different effects, these come together to affect the respiratory system of cats. Furthermore, contamination can only occur between cats. However, it can still be figurative. What are the symptoms of coryza?

The symptoms of coryza disease are easily recognized. Indeed, cats infected with this disease may show symptoms such as fever, loss of appetite, or even general fatigue. These are indeed accompanied by a nasal and oral discharge without also forgetting watery eyes. In some cases, cats with coryza disease touch a lot and have bad breath.

Similarly, the presence of canker sores is generally seen in cats with coryza disease. Some of them stop drinking and become rapidly dehydrated. In the extreme stage of the disease, the lesions in the respiratory tract lead to pneumonia or necrosis of the nasal bones. At this stage, your pet must necessarily be taken care of as quickly as possible. Otherwise, death will follow.

According to studies by experts in the field, the incubation period for coryza is between 2 and 4 days. Just like human AIDS, once the disease is declared, your pet is directly exposed to multiple diseases throughout its life; even treatments cannot cure it completely because it is a chronic disease that requires treatment with each new onset caused by bacteria in that pet's body.

What is the action of CBD on coryza disease?

Preliminarily, it should be remembered that the coryza disease cannot disappear completely once in the cats' body. However, some treatments put it to rest so that cats with this disease can live their lives normally.

In doing so, veterinarians, in most cases, opt for a range of medications depending on the symptoms to be treated. Thus, they use antibiotics to counter secondary bacterial infections and anti-inflammatories to control pain and fever effectively. Eyecare is absolutely necessary for the cat to be able to see. Doctors use eye drops or ointments for this purpose. In case of chronic and recurrent lesions, veterinarians use antiviral drugs. They hospitalise affected cats in extreme cases. This is to ensure that they are well hydrated. In addition, there are some natural treatments available to provide maximum relief from the symptoms of this disease. These include nutritional supplements to boost the immune system of cats with this disease. A stronger immune system can actually help to reduce the attacks to which it is subjected. Hence the importance of CBD products. Indeed, CBD is considered a natural solution to strengthen the cat's immune system to the maximum. In oil form, by giving it to your cat with coryza disease, you are indirectly helping to strengthen its immune system. Because CBD products have beneficial effects such as anti-inflammatory and antibiotic properties to counteract many of the microbes in your cat's body, also, with its many virtues, CBD could alleviate the pain caused by this disease to the maximum.

Also, it is important to mention that CBD products to use for your cats are absolutely available at 321CBD. Considered an undisputed leader in the online CBD for cats market, installed in three major European countries like France, Germany, and Poland. The CBD products for cats offered by the latter are of premium quality.

Is CBD effective against other cat diseases?

As a natural remedy, the virtues of CBD also work against several other cat diseases. These include pancreatitis, inflammatory bowel disease, asthma, arthritis, and many others.

CBD is a natural remedy for cats.

What dose of CBD is ideal for cats?

From studies, experts have estimated that the ideal dose of CBD for a cat is between 0.1 and 0.5 mg of CBD per kilogram. However, some conditions may require much more. Depending on the severity of the ailments, you can increase the dose slightly to give your pet more satisfaction. 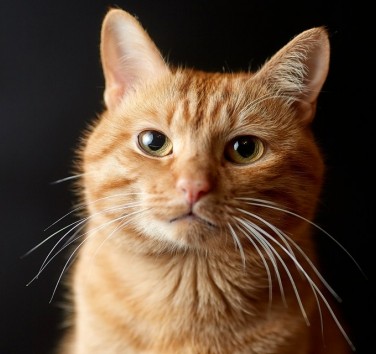 Our little companions are sometimes subject to various disorders related to their daily lives. CBD can provide... 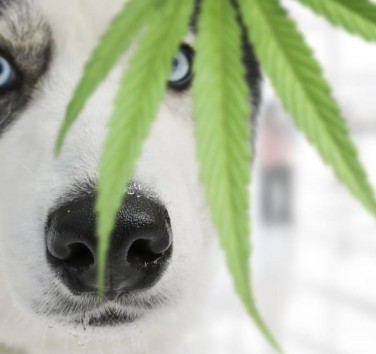 Is CBD as beneficial for animals as it is for humans? What are the benefits of CBD for your cat or dog?
The content of our website is for information purposes only. It is not intended to provide medical advice. We recommend that you seek the advice of a medical specialist before consuming any CBD product featured on our website.
Newsletter
Subscribe to our newsletter to receive our tips and advice on CBD
Subscription