> Blog > Effects of CBD > The benefits of CBD on psoriasis 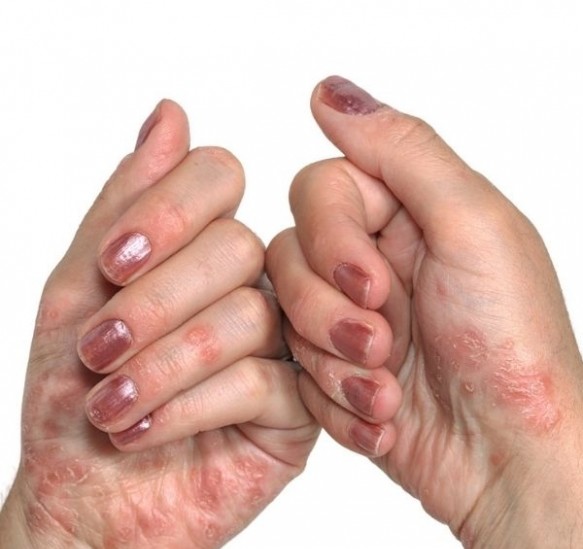 The benefits of CBD on psoriasis

Posoriasis is a disease that affects about 2.4 million French people in France. Those who do not have it think that this disease is only benign. However, it is important to know that if psoriasis is not treated correctly, a third of these patients who suffer from it risk developing psoriatic arthritis which can, in the long term, develop irreversible joint damage.

Posoriasis is therefore a real disease that should not be neglected and should be treated to prevent it from getting worse. Today, medicine is not able to offer an effective drug solution to eradicate the disease and its effects. This is why patients are turning to natural solutions to reduce the symptoms of the disease.

CBD has been proven to be an excellent natural product to drastically reduce the symptoms of psoriasis on the skin and relieve the itching and stress it brings to the daily lives of psoriasis patients.

In this article, let's look at what psoriasis is in detail and how CBD works on the disease. 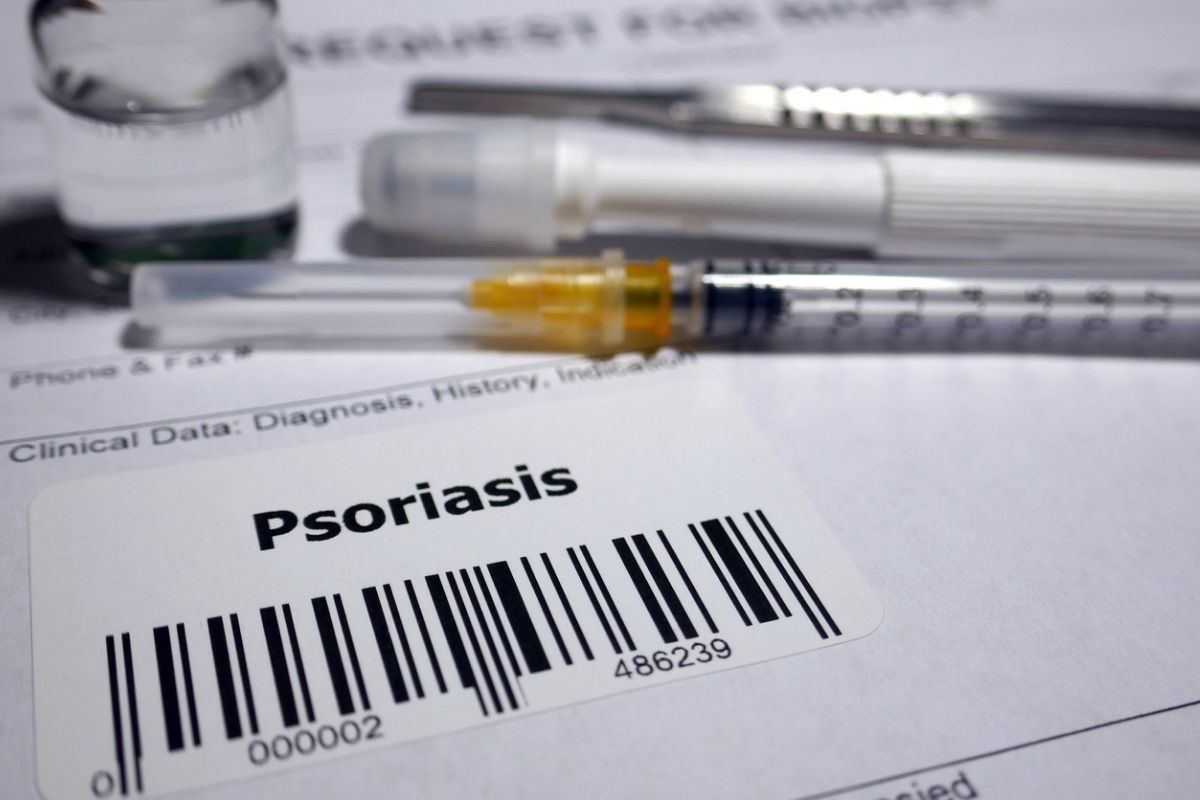 Posoriasis is an immune-mediated disease, i.e. a disease with an unclear cause, characterised by inflammation caused by a malfunctioning immune system. It causes chronic inflammation of the skin, which manifests itself in thick, painful patches and scales that vary according to the type of skin. These symptoms cause very unpleasant temporary itching. It may progress to psoriatic arthritis with joint involvement.

Plaques and scales can appear on any part of the body, although they are usually found on the elbows, knees and scalp. Psoriasis is not contagious, it is not a virus or bacteria. It is a chronic inflammatory disease that can only be inherited.

Posoriasis can affect children and adults, both men and women, and is more common in people with white skin. It most often begins in adolescence or when the patient reaches adulthood.

Posoriasis is a disease of the skin.

There are several types of psoriasis depending on the morphology of the lesions: plaque psoriasis, guttate psoriasis, reverse psoriasis.

As psoriasis is a very spontaneous disease, it is impossible to predict how it will manifest and evolve over time. Each case is different and deserves treatment as well as rigorous individualised follow-up, to prevent its progression.

What are the treatments for psoriasis?

The diagnosis of psoriasis is usually made by a dermatologist after observation.

Effective drug treatments for psoriasis are limited but do exist. They do not offer complete eradication of the disease but at least remission or improvement of symptoms with a reduction in skin rashes.

Patients are therefore turning a lot to more natural solutions recommended by doctors.

There are 4 most common groups of treatments to treat psoriasis:

Here in detail are examples of options for treating psoriasis for patients who suffer from it, both medically and naturally:

This list is not exhaustive and can be expanded when looking at natural products that are not widely exploited by medicine.

In recent years, CBD, or cannabidiol, a molecule derived from hemp plants, has been shown to have powerful effects on inflammation and thus on the symptoms suffered by psoriasis patients.

Let's look in detail at what CBD is and how it works on psoriasis.

What is CBD in a nutshell? 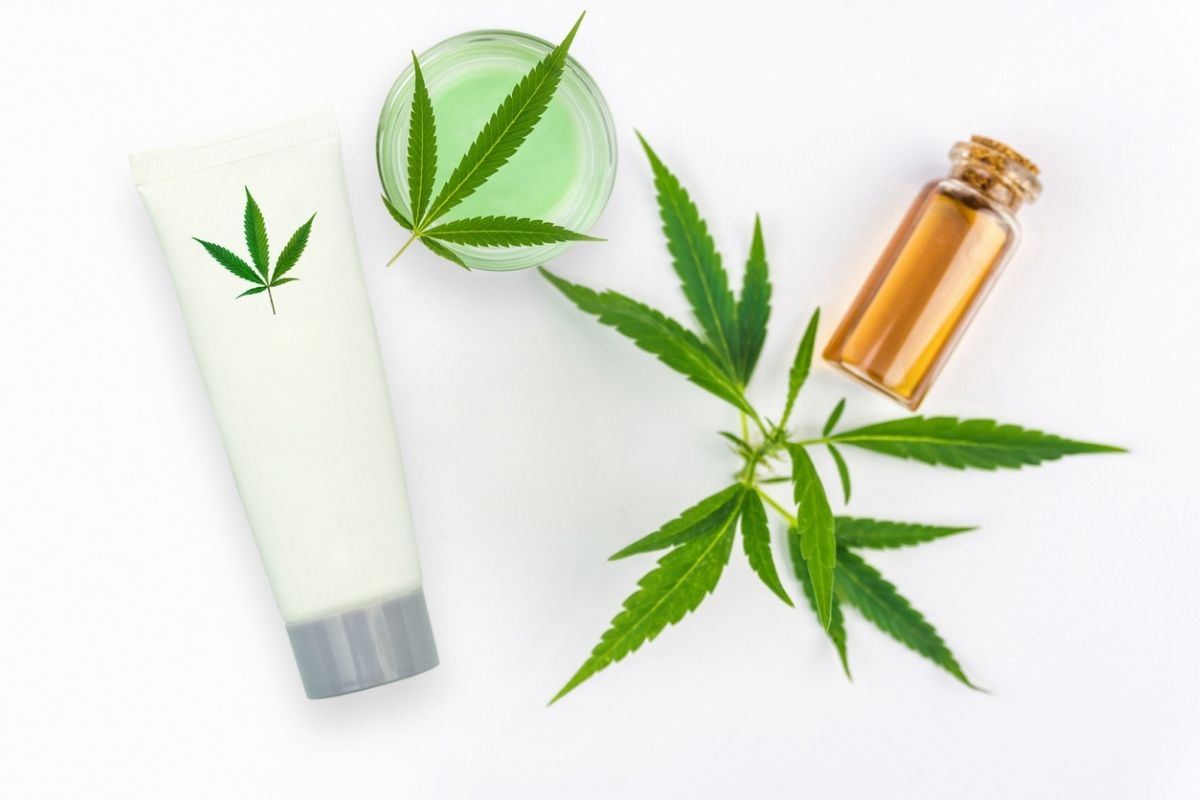 CBD is an active molecule also found in the hemp plant. This one does not produce a psychoactive effect. It relaxes and provides many therapeutic properties that are potentially beneficial for certain diseases or symptoms.

Many diseases currently benefit from these therapeutic advantages such as fibromyalgia, epilepsy, endometriosis, nausea and even cancer to some degree.

CBD is a legal product in France and marketed in CBD e-shops like 321 CBD. Now that we know what CBD is in detail, let's see how it works on psoriasis.

The benefits of CBD on psoriasis?

CBD is a natural product that is increasingly studied by scientists, especially since its benefits on various diseases such as multiple sclerosis, Parkinson's disease, epilepsy or eating disorders have been discovered.

Here are the discoveries made regarding the action and benefits of CBD on psoriasis according to scientific studies made in recent years:

CBD affects skin cell growth: A 2007 study proved that cannabinoids can treat psoriasis by stopping the accumulation of skin cells. Subsequently, another more recent study from 2017 found that a synthetic cannabinoid, JWH-133, may be effective in treating psoriasis. Even more recently, a review published in 2019 Trusted Source concluded that cannabinoids may be able to treat psoriasis by affecting the growth of skin cells and preventing the buildup of skin that creates the rash.

CBD relieves pain and stress: A lot of research suggests that CBD can effectively relieve pain through its analgesic action. Many psoriasis sufferers use CBD as it also allows them to relax, stress less about the disease and keep a clear head from any downturn in mood. Pain reduction is a common reason why people seek out medical cannabis.

How to choose and use your CBD for psoriasis

CBD is a molecule that is sold in various forms. For a first try, it is recommended to start with the most popular CBD product because it is easy to use: CBD oil.

CBD oil is an easy to use and easy to carry product. Typically, it is ingested sublingually, by placing a few drops of the product under the tongue and allowing it to dissipate. For people with psoriasis, it can be used topically, as a cream, accompanied by a fatty substance such as coconut oil.

CBD creams are also an interesting option to mitigate the harmful effects of psoriasis on the skin of sufferers.

CBD oil takes effect in less than an hour and provides an immediate relaxing and calming effect, without any unwanted side effects. 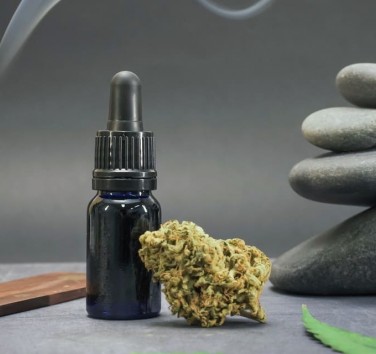 CBD cosmetics: a revolution for your skin?

Why is CBD becoming more prevalent in the cosmetic industry? What are the benefits of CBD and how can it be used for...
The content of our website is for information purposes only. It is not intended to provide medical advice. We recommend that you seek the advice of a medical specialist before consuming any CBD product featured on our website.
Newsletter
Subscribe to our newsletter to receive our tips and advice on CBD
Subscription