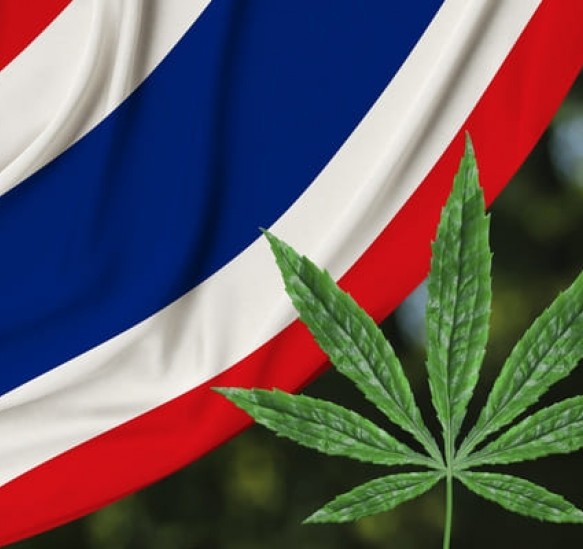 On Tuesday 25 January 2022, Thailand made the decision to remove cannabis from its list of illegal drugs. However, one will first have to notify the local government of their desire to grow the plant at home in order to obtain a permit from them.

On the road to legal self-production

While the country had already authorised cannabis for therapeutic and research purposes since 2018, Thailand announced on 25 January that it would remove the plant from its list of narcotics. This decision opens the door to home cultivation of cannabis. Provided that a few steps are taken and several rules are followed...

The first condition for benefiting from this agreement is to notify the local government, which is responsible for issuing the authorisation to grow marijuana at home. The exact framework is set by the new regulations in force, announced by the Thai narcotics office.

Secondly, as the Minister of Health, Anutin Charnvirakul, pointed out, the crops grown must not be sold or used for commercial purposes without a licence. He further stated that the move to decriminalise medical cannabis is only intended to meet the government's urgent policy of developing marijuana and hemp for medicinal and health purposes, but also to develop the country's technologies and create income for the public.

The Ministry of Health is due to present a separate bill to the country's parliament in the near future, which will include all the legal details of the use of cannabis, in terms of production, marketing and recreational use. This information will then be officially published in the Royal Gazette.

Firstly, it will take 120 days before home-grown cannabis plants are legal. Also, Paisal Dankhum, the head of the Food and Drug Administration, explained that the home-grown plant will have to be used for medical purposes, just like traditional medicine.

Finally, to discourage fraudsters, random checks may be put in place. Growing cannabis at home without being authorised is punishable by a fine of up to 20,000 baht, which is equivalent to more than 530 euros, while selling one's licence can lead to a fine of up to 800 euros and/or three years in prison.