> Blog > Effects of CBD > 7 Relationship Between CBD And Hangovers 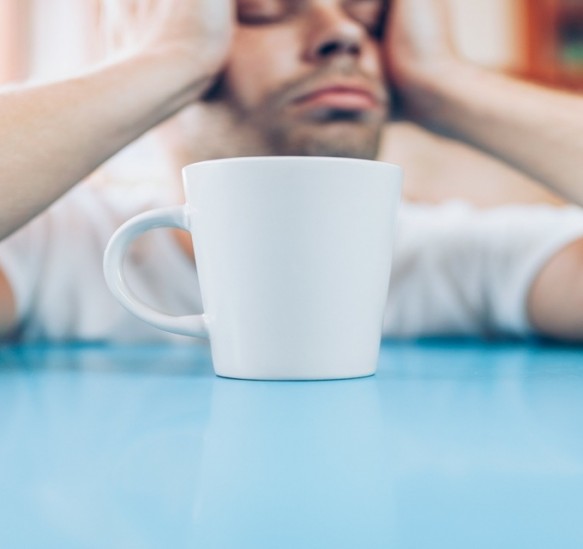 The hangover is a phenomenon that we have all experienced at least once in our lives after a very drunken evening. If the day that follows is an ordeal for the head and the body, there are several tips to counteract these negative effects! We know the trick of drinking water to avoid migraines the next day, but CBD seems to bring even better results. First, let's take a look at what a hangover is in detail

What is a hangover?

It is important to know that the expression "having a hangover has been modified over the years. Indeed, it was first used to designate a large consumption of alcohol and finally to designate the effects of a "big binge". The name "hangover" comes from "veisalgia"which in turn comes fromkveis"which is a Norwegian term meaning "discomfort following debauchery"

Those who have experienced it, know that this stage is painful and full of pitfalls, because the symptoms are unpleasant and can literally make you stay in bed all day long. Among the most common symptoms are migraines, nausea and vomiting and great, great fatigue

The hangover comes from an event that we all know. This is none other than a poor elimination of alcohol from the blood by the liver. Indeed, when we consume a large quantity of alcohol, we cannot eliminate it accordingly. This complex process inevitably leads to this phenomenon 8 to 16 hours after the beginning of the process. The liver is able to eliminate alcohol, but on its own and in the face of a very large quantity, it cannot perform these functions. It is important to know that it can eliminate, in the best of cases 35 ml of alcoholwhich is the equivalent of one beer.

The best term for a hangover would be alcohol poisoning. In other words, when you drink, your body metabolizes the alcohol into a molecule that is toxic to your body, ethanal. Once this metabolism has taken place, the liver must once again modify this molecule so as not to intoxicate the body, and carry out another transformation. In the stomach, alcohol irritates the stomach walls and causes long-term damage.

But what happens in the body when we undergo this phenomenon?

Damage to the human body

There is a lot of damage when you consume a large amount of alcohol in a short period of time. It is important to know that alcohol consumed in moderation over a very long period of time will have the same effects

First of all, alcohol is a diureticThis means that it is a drink that causes an increase in body secretions. Urinary secretions are the most frequent, because of the molecules contained in alcohol. It is important to know that alcohol also dehydrates dehydrates your body!

This is one of the reasons why you often have a terrible headache the day after a party. Drinking large quantities of a diuretic drink causes severe dehydration, as the body uses up all its fluids. This dehydration is dangerous because it causes dizziness, drowsiness and sometimes lethargy

Our stomachs are also affected by alcohol consumption, as they can become inflamed and cause vomiting and diarrhea, especially if the consumer uses the famous alcohol mixtures

As for sleep and blood vessels, they too are greatly affected in quality and quantity by heavy alcohol consumption. We have all experienced a migraine in our lives and know how excruciating the pain is when it sets in over time. Although it is a disease in its own right, the one suffered after acute alcohol consumption is generated by dehydration and electrolyte imbalance To avoid a migraine, drink plenty of water to make up for the lack of water caused by alcohol

The blood vessels are obviously affected in the same way, since alcohol tends to dilate the blood vessels, which disrupts the circulation of blood in the body. For sleep, it is another story that is an illusion. Indeed, when we drink, we will have the impression of being tired and having a good night, but this is not the case, since excessive alcohol consumption leads to an interruption of the circadian cycle, in other words, the biological clock

We will now look at the different effects of CBD on hangovers in the following lines.

We all remember some leaks and especially some after parties with an unbelievably violent headache that lasts all day. Although it is caused by dehydration of the body, it is still a warning signal that means many things

The relationship between CBD and migraines is lacking in studies and results, however, but some studies have been able to show benefits. For example, a 2016 study conducted by the Department of Clinical Pharmacy at the University of Colorado on 121 adult volunteers, showed that CBD reduced the total number of migraines from 10,4 à 4,6 per month. These effects would also be more powerful than current treatments that are available in pharmacies!

It should be noted that we all react differently regarding CBD and the results will not be the same for everyone!

The CBD allows to reduce the feeling of nausea

Another complicated point during a day after a party, nausea. These are very annoying because they can literally ruin a whole day. It is caused by an excessive accumulation of alcohol in the liver, which can no longer process it properly. Thus, the body plays its last card, vomiting!

CBD is not the only molecule capable of triggering this effect, as it has been proven that THC was also capable of doing so. However, prohibited in France because of its psychotropic effects, it is better for your health not to consume it and to prefer CBD

CBD helps to fight against dehydration

Dehydration is a very important factor and can be dramatic if not taken into account. In other words, during a day after a party, it is responsible for many ailments, like migraines or lethargy. In addition, alcohol increases the production of urine, which also causes dehydration if one does not drink enough water at the time.

Alcohol, consumed in large quantities, will also turn into ethanal which is a poison for our body. During this stage, it will take with it elements essential to our health, such as sodium, potassium and magnesium. This causes physical pain such as migraines or low immunity to diseases

Obviously, to make up for this lack, it is preferable to drink a lot of water before going to bed, or to drink water between each drink. But CBD also provides a very interesting solution to make up for dehydration. For this, consume CBD during or after the evening to get you back on track the next day!

CBD reduces the toxicity of alcohol

Before anything else, consume alcohol in moderation so as not to endanger yourself or those around you. You are aware that consuming alcohol can be devastating to your mental and physical health and that you should not abuse it

As for CBD, it can reduce the toxicity of alcohol if you regret your evening and the drinks consumed. For this, scientists have studied this effect on laboratory rats by administering a very large amount of alcohol to the rats, causing convulsions, lethargic states and significant neurodegeneration. When this state was reached, the scientists administered CBD on the skin of the rat, which reduced the neurodegeneration of the guinea pigs by 50%

In conclusion, the rats who had CBD suffered a lesser loss of brain cells than those who did not have it. Concerning humans, this may seem surprising, but we have a 90% gene match with the ratThis may suggest that we may have this help in the near or distant future

CBD can change your mood!

Yes, you read that right! CBD can put you in a good mood because of its interaction with the endocannabinoid system naturally present in the body. The day after a party, we are sometimes grumpy because of the unhappiness we feel, CBD can help you see the day in a different light.

Anxiety and stress are caused by alcohol consumptionAnxiety and stress are caused by the consumption of alcohol, even more so if this consumption is in large quantities! When CBD is consumed to manage stress and anxiety, it will absorb the harmful toxins caused by alcohol consumption. It will then absorb cortisolwhich is none other than the stress hormone and engage serotonin, which is the happiness hormone. This action will then considerably change your daily life by improving your mood

CBD has a neuroprotective action that protects your cells from alcohol damage. Of course, your cells will not die after a heavy consumption of alcohol, but damage can occur on some parts of them

When alcohol is consumed in large quantities, it will cause damage to the ends of your cellsThis will alter the quality of the information transmitted between them. For this, CBD allows to protect them thanks to its interaction with the endocannabinoid system

Whether it is administered through the skin or by direct absorption into the human body, CBD will then interact with the cells and and protect them from aggression, while encouraging the production of new cells. It also helps to repair damaged cells!

It is important to know that if your cells undergo too much damage and in a regular frequency, it is possible to develop certain diseases such as Alzheimer's or Parkinson's disease.

CBD offers very effective antioxidant qualities to fill in some of the gaps that our body may feel. For example, some scientists admit that CBD can be more powerful than vitamin E or vitamin C.

There is also a patent that allows to realize the capacity of CBD towards this area The patent N° 6630507 allows to put forward the antioxidant properties of CBD.

If we couple the antioxidant properties of CBD with the neuroprotective properties, we have a nice cocktail to get back on track!

Remember, however, to consume alcohol in moderation so as not to endanger yourself and those around you! The one who drives is the one who doesn't drink. 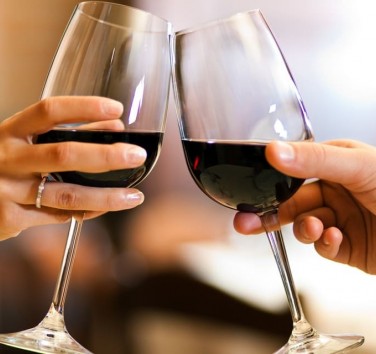 Is it safe to mix CBD and alcohol? What are the effects on the short and long term? Can CBD combat the harmful... 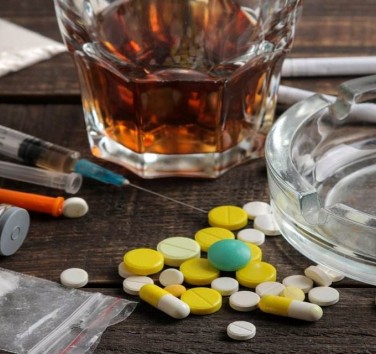