The CBD Glossary All vocabulary in the theme of Cannabis 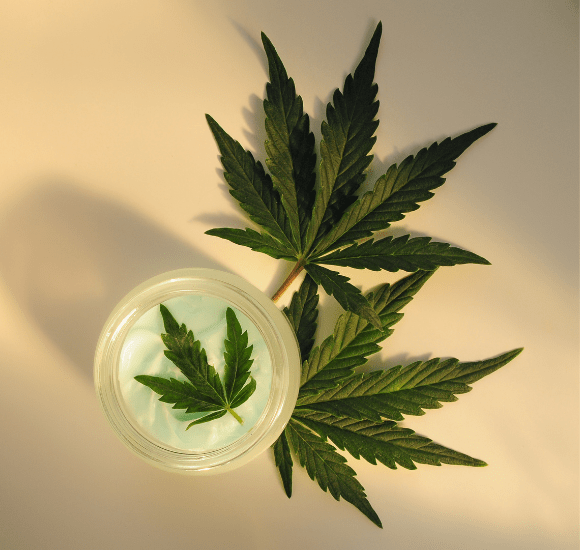 Want to know all the vocabulary and terms used by CBD consumers? We've compiled the most important and most used terms in this glossary so that you're no longer in the dark. Explanations!

Cannabis is a variety of plant in the Cannabaceae family that grows mainly in Central and South Asia. It can be divided into three distinct species: Sativa, Indica and Rudelaris. From these three families, hundreds of different varieties and flavors exist and are produced around the world. Some varieties of cannabis contain a psychotropic chemical, tetrahydrocannabinol or THC, which acts on the state of consciousness and the psyche, earning it the title of drug. Cannabis is commonly consumed in the form of a "joint" and for recreational and euphoric purposes. In France, only certain varieties with a THC content of less than 0.2% are authorized for production, sale and consumption. Cannabis is now present in many preparations in various forms, such as food, therapeutic treatments or cosmetics.

Hemp, a subspecies of Cannabis Sativa, is a variety of resinous and fibrous plants from the Cannabaceae family. Hemp means cannabis in Latin. Despite this association with cannabis, in France, hemp is legal because it has a very low tetrahydrocannabinol or THC content. Nowadays, this tall plant is mainly cultivated for the use of its fibres in the textile industry. However, hemp also offers many nutritional and therapeutic benefits. It can be consumed as seed or oil.

Cannabis Light is a term used for cannabis flowers containing a high level of CBD (cannabidiol) and a low level of THC (tetrahydrocannabinol). With THC levels below 0.2% in products containing light cannabis, this variant is becoming increasingly popular. This is because it offers relaxing benefits without the psychoactive effects for which "classic" cannabis is known and prohibited.

Cannabinoids are a group of active chemicals found in cannabis. They act on the cells of the body and have varying effects depending on their nature. The best known cannabinoid is tetrahydrocannabinol or THC, which has psychoactive effects. Within the same family, we also find cannabidiol or CBD, a relaxing component with therapeutic potential.

A dietary supplement is a foodstuff designed to supplement a diet. It is a concentrated source of nutrients and nutritional substances missing from an individual's body. Its purpose is to support good health and avoid any form of deficiency. There are various types of food supplements, including herbal, vitamin and mineral supplements. In this vast market, one can also find concentrates of substances with nutritional and physiological purposes.

THC, or Tetrahydrocannabinol, is one of the 113 cannabinoids identified in cannabis. It is also the main psychoactive chemical compound in cannabis, responsible for its inhibitory effect, alteration of the consumer's state of consciousness and possible addiction to the product. The production, sale and consumption of products containing more than 0.2 per cent THC is prohibited in France. This substance may be present in oils, edibles, tinctures, capsules and other cannabis products.

CBD, or Cannabidiol, is one of the cannabinoids identified in cannabis. Once consumed, it acts on the body's receptors like its colleague THC and produces a relaxing effect. Unlike THC, however, it has no psychoactive effects and is even considered therapeutic due to its many medical properties. To name but a few, it has an anticonvulsant, antipsychotic, anti-inflammatory, antioxidant and antidepressant effect. This list grows with each new scientific study made on the subject.

CBG, or Cannabigerol, is part of the list of cannabinoids identified in cannabis just like THC and CBD. It is only present in native varieties and in very low concentrations. This substance is not psychoactive. Its presence can even act as a buffer to the psychoactive effects of THC when consumed together. Some studies have shown that CBG is effective in treating a variety of symptoms. Research into it continues.

Trichomes are the source of resin and cannabinoids found on the cannabis plant. They are small spheres of cannabis resin that coat the leaves, buds and branches of the cannabis plant, giving it a frosty white appearance. Trichomes function as a defense mechanism and deter insects and animals from approaching them with their bitter taste.

Terpenes are the sources of aromas and tastes present in many plants. Their purpose is to protect the plant while giving it a unique aromatic specificity. It is thanks to terpenes that we can find a wide variety of cannabis plants, with different tastes and aromas. Some terpenes are very powerful and can have therapeutic functions: anti-inflammatory, anti-tumor, analgesic, antimicrobial etc.

Marijuana, also written marihuana, is another name for cannabis, widely used in the world. French speakers have a different nickname for Marijuana: Marie-Jeanne.

Weed is another name for cannabis. It is the verlan of the word "weed".

Like weed, weed is another name for cannabis that comes from the English vocabulary where the word weed means "weed". Over time, it has become the slang word for weed (cannabis).

Hashish, meaning grass in Arabic, is the common name for cannabis resin. It is made by compressing and processing the trichomes of the cannabis plant. It is consumed by smoking, usually in a pipe, bong, vaporizer or joint, or by oral ingestion.

Like hashish, shit is the common name given to cannabis resin. The difference is that shit is not a pure resin but rather a resin mixed with other ingredients of unknown and questionable origin (henna, shoe polish, tires, plastic, plant debris...).

CBD pollen is a substance produced by the trichomes of the male cannabis plant. It contains the material necessary to fertilize the female cannabis plant for the production of new seeds. Highly concentrated in encannabinoids, the active ingredients of cannabis, pollen is sought after for its purity and has been used in traditional Asian medicine for decades. For breeders, it allows to create new seeds or new strains. For consumers, it can be added to food products and dishes, or even in the bath for a relaxing moment!

CBD Full Spectrum is a CBD extract that contains all the cannabinoids present in the cannabis plant: CBN, CBC, CBG etc. During the extraction of this product, the whole plant was used. It can therefore contain THC residues, but only up to a maximum of 0.2% in order to be sold legally in France. This extract allows you to benefit from all the active ingredients of cannabis.

CBD Isolate is extracted from industrial hemp and is defined as the purest form of CBD. This means that it is the product that contains the most active CBD, without any additional additives. CBD is extracted using a solvent that dissolves all other forms of cannabinoids as well as plant material or fatty acids. CBD Isolate is available in crystal or powder form.

Vaporizers, commonly referred to as vapors, are lightweight, hand-held electronic devices designed to release the active ingredients and therapeutic compounds of the desired herbal material or extracts. Vaporizers heat dry herb or concentrates just below the point of combustion to release only the flavor and effects, with little or no smoke produced. Vaporizers come in all shapes, sizes, and colors and the technology is improving every year.

The sublingual route refers to one of the most common and effective ways to consume products like CBD oil. Specifically, it involves placing a few drops of CBD oil under the tongue, and allowing the product to dissolve and diffuse into the bloodstream through the tongue tissue.

CO2 extraction involves using controlled temperature and pressure to create phase (or state of matter) changes in CO2 (carbon dioxide). The goal is to extract cannabis plant material while maintaining the integrity and amounts of terpenes found in the plant material. This ensures the production of a cleaner, purer, tastier, safer and overall higher quality cannabis concentrate.

Psychoactive is a term that refers to the effect that a chemical substance has on the central nervous system and the psyche of an individual who has consumed it, by altering certain processes. The use of psychoactive products alters the state of consciousness and can produce a psychological dependence on the product. The most well-known psychoactive products in France are alcohol, tobacco, cannabis, ecstasy, amphetamines and synthetic drugs, psychotropic drugs, solvents and certain doping substances. As far as CBD is concerned, it is not psychoactive unlike THC.

The Endocannabinoid System, or ECS, is an internal communication system in the human body, considered the most involved in the preservation of human health. It is composed of cannabinoid receptors, endocannabinoid ligands and enzymes. This complex system activates receptors and modulates many responses in the nervous system. Its most important feature is that it helps maintain a stable internal balance, despite variations in the external environment. Its study greatly extends the already promising therapeutic perspectives of cannabinoids present in cannabis. 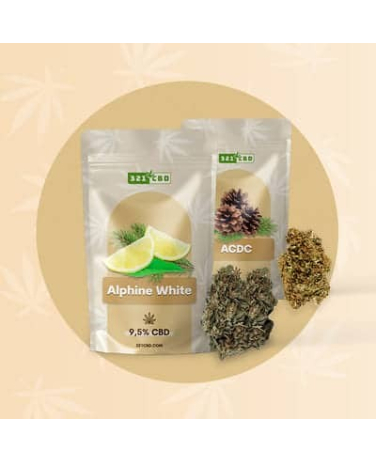 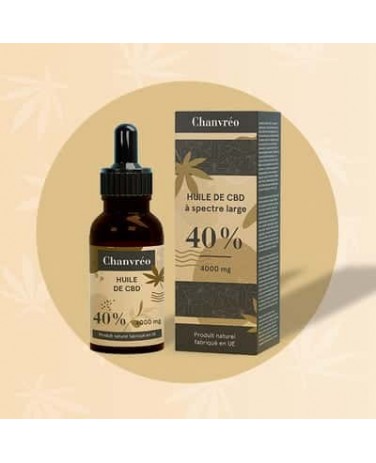 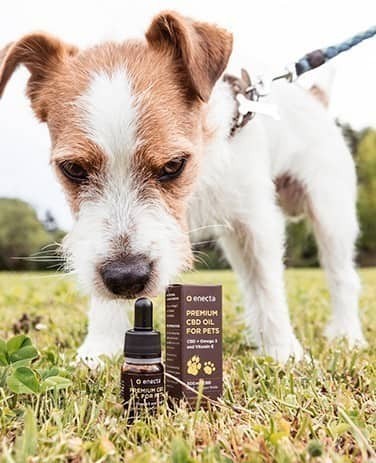 Find our selection of products at the best price
The content of our website is for information purposes only. It is not intended to provide medical advice. We recommend that you seek the advice of a medical specialist before consuming any CBD product featured on our website.
Newsletter
Subscribe to our newsletter to receive our tips and advice on CBD
Subscription